We are pleased to advise all our friend that the white wines we submitted have received excellent marks from the Guide Hachette des vins 2015. The 2013 Domaine des Anges white : One star (wine very well made) The 2012 Cherubin white (Viognier) : 3 stars + “Coup de Coeur” (exceptional wine). This is the […]

God looking down on his Angels at Domaine des Anges 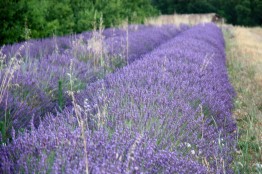 A hard winter, which brought snow and long periods of rain and a generally gentle spring are behind us. The vines are looking good and the young Viognier parcel is at last beginning to thrive. We finished pruning without incident in March and our main focus then has been ongoing maintenance of the vineyard. A […] 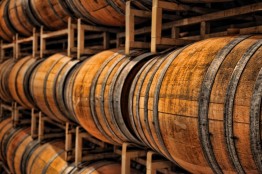 We started the harvest two weeks early which meant it was over before we began in 2010! Heat and little rain in Spring 2011 led to a sudden burst of growth. Flowering was three weeks ahead of a normal year. Luckily, there were periods of cooler weather during summer to slow down growth, cool the […] 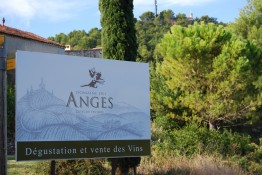 Another year in the life of our vines has passed. Spring has finally come to Domaine des Anges. It took its time this year with almond and cherry trees blossoming late, but finally the Provencal sun has come out and the vines have sprung to life. Harvest was a typical Ventoux vintage: the intense heat […]